Corporate Conferences is a FREE, established, independent venue finder. We help organisations of all sizes find the perfect conference, meeting and event venues. We are unbiased and will give you free expert advice on the best way to plan your event. 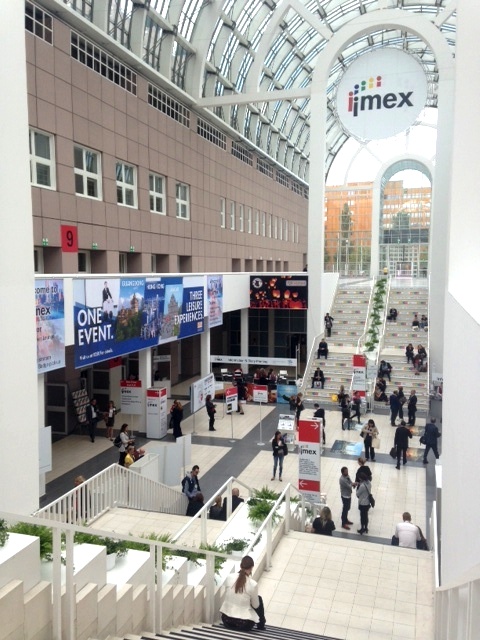 Zoe from Morris Conferencing attended Imex in Frankfurt to meet with industry suppliers and venues from around the world. Zoe arrived at Messe Frankfurt and was amazed by the size of the exhibition hall and the volume of stalls that were there. Zoe had a total of eight appointments on the first day of the show including meetings with China, Korea, Malta and Ireland. Korea proved to be a great surprise as a conference destination and is one of the leading technology countries in the world with more wifi hotspots than anywhere else. The show was very well organised and the appointments proved to be useful and important to us when conducting a venue search on behalf of our clients. 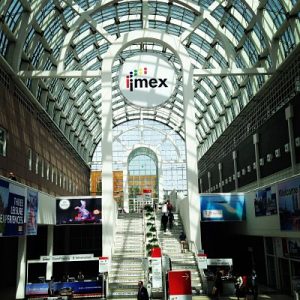 The group then went on to have dinner at Le Meridien Parkhotel Frankfurt which has twelve meetings rooms and seventy seven bedrooms and is ideally located in the centre of Frankfurt. The food at the venue was good and Zoe was involved in the networking session with the Moroccan Tourism Board which gave the group a great insight into what the destination has to offer.

On the second day of the show, Zoe has appointments with Scotland, Wiesbaden Congress Alliance, Hong Kong and London. Hong Kong is an up and coming venue for our clients and is somewhere that we are looking to build up relationships with. Day two proved again to be informative and provided Morris with essential information about the different destinations that are on offer. The whole IMEX experience was invaluable for us as a venue finding agency and connected us with lots of suppliers and venues which we will be sure to do business with in the future.

After Imex, the group went on to do a tour of a nearby city called Wiesbaden which is a spa town just West of Frankfurt. The group stayed at Radisson Blu Schwarzer Bock Hotel which has 142 guest rooms and 8 meetings rooms for up to 230 people. The group were invited for dinner at the Kurhaus Casino which is a prestigious event space that can cater for 2 – 1,000 guests. The food and service was amazing at the venue and we would highly recommend it for large conferences and dinners. 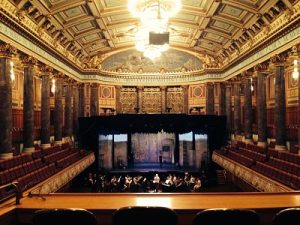 The next day we had a tour of Wiesbaden and even sampled a taste of some of the local spas which give excellent health benefits – despite the taste of them! We took a mountain train up to Opelbad Neroberg which is an event space brilliant for private dinners or small meetings looking over the skyline of Wiesbaden. Alongside the venue was a huge outdoor swimming pool which would be ideal for free time for delegates or as an incentive programme. 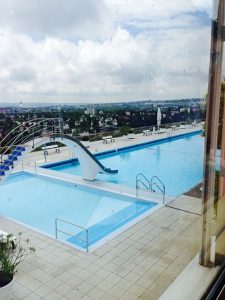 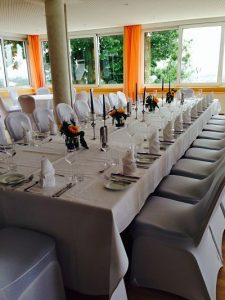 We then went on to Jagdschloss Platte which is an external event venue that can accommodate up to 600 guests standing. The charming viewing platform and the glass roof are a special attribute allowing guests to unrestrictedly enjoy the passing of the seasons.

The group then carried on Schloss Biebrich which is an ancient palace that has grand meeting rooms for up to 500 guests seated. We then headed to the Dorint Hotel which is a 5* venue that has 294 light and airy bedrooms, a spectacular main meeting room which can hold 440 in theatre style and lots of airy boardrooms for smaller meetings. The Dorint also has a brilliant outdoor space for BBQ’s or for more relaxed dinners and canapés. We were more than impressed with the Dorint and would definitely recommend this venue to larger meetings and events.

The final stop of the tour was the Rheingau Wine Region were we were able to walk up the vineyards and sample some of the local wines from the area included sweet, dry and dessert wines. The wine cellar at the local vineyard also turned into a unique event space where guests could eat and drink whilst being surrounded by the local wines that were being stored there.